The “No-weld” car project is a reference vehicle for the Power Racing Series. It is meant to serve as a blueprint for teams who want to build a vehicle but lack metalworking skills. This may include high school teams or underprivileged schools who don't have welding equipment, but do have the ability to cut and drill wood.

The concept of the “No-weld” car can still use metal, but any metal used should be able to be cut and drilled without any “special” equipment. This means that metal bandsaws and mills would be out, and hacksaws and drills would be used instead. (For our purposes we are using almost exclusively wood.)

So far we've been able to build the car body using only the following tools:

The “Optional” tools make things easier, but are not required. The compound miter saw makes some cuts easier, but they could be done on the table saw (or with a hand saw.) The drill press makes for straighter holes, but a hand-held power drill could easily be used. We're avoiding any CNC machines or “specialty” tools that most home workshops probably wouldn't have due to the cost of complexity.

So far we've used only the following materials:

Here's a quick illustration (and photo) of the frame. We're using 3/4” plywood built into a torsion box. The spindles will be built using wood, and have 5/8“ hex bolts for the pivot and to hold the tires on. 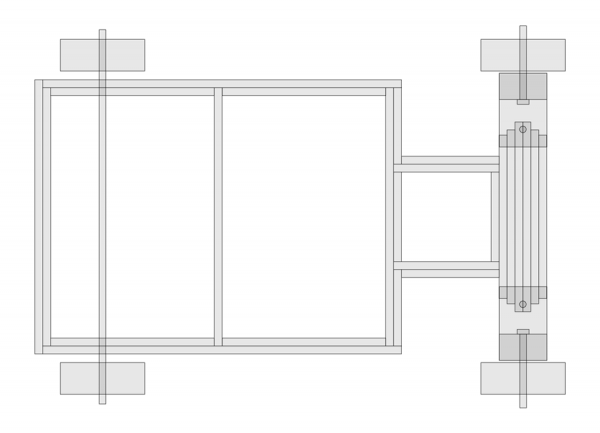 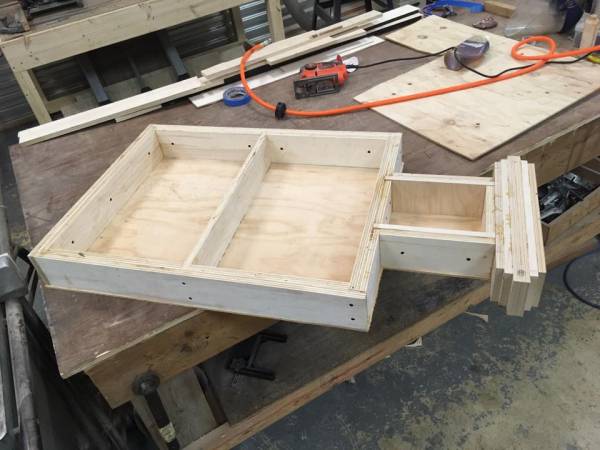 Spindles made from wood and assembled with glue and staples (though screws could be used.) A 5/8” bolt is used for attachment and for an front wheel axle. 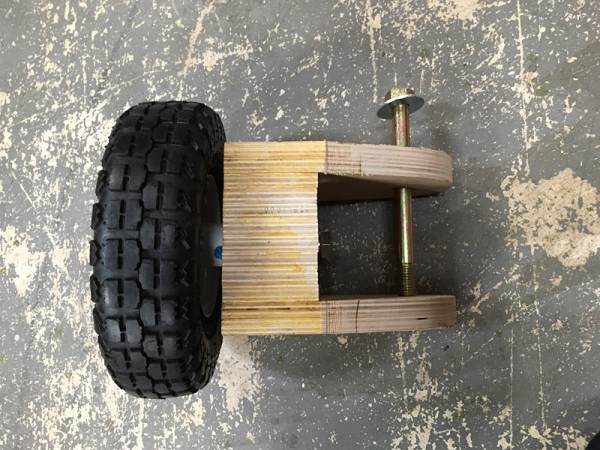 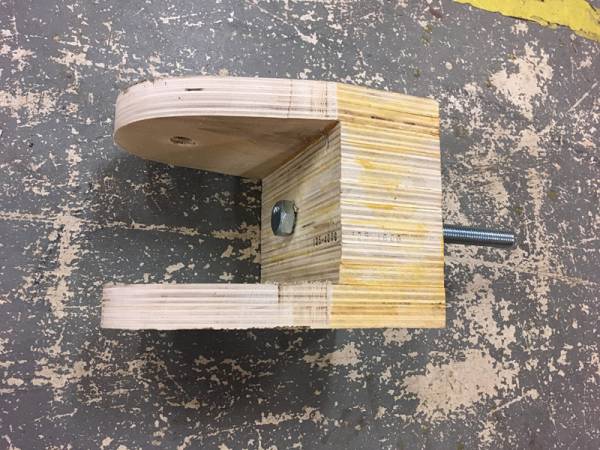 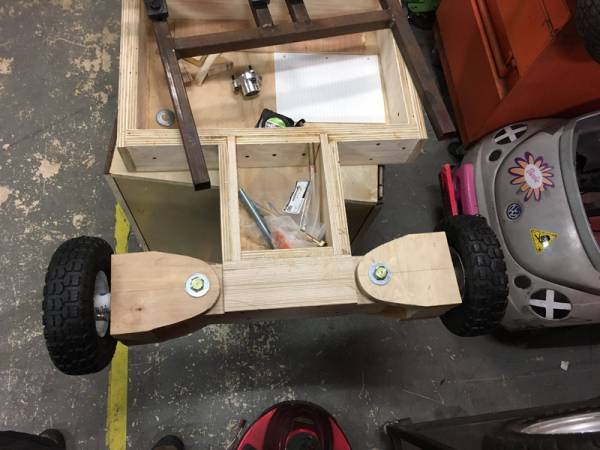 Here's an idea for strengthening the cheap Harbor Freight 10" wheels. An off-the-shelf 3 1/2“ flange! The bolt holes don't quite match and the center hole will need to be a larger diameter than the axle (1” in this case) but we'll keep exploring. (Maybe something like this or this or this?) More thoughts about this in Wheels of Fail 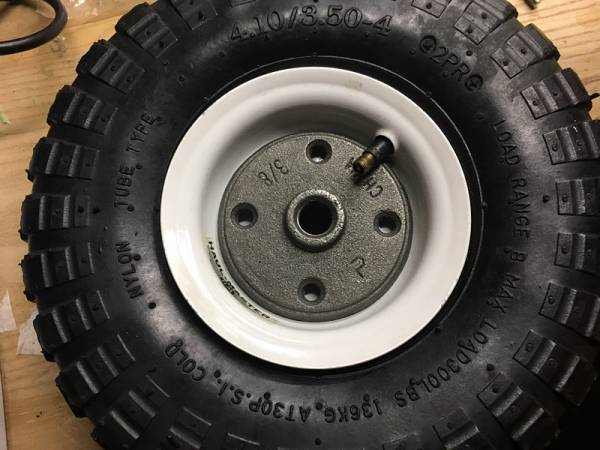