A project for Maker Faire Milwaukee based on one that the Lansing Maker Network had in Detroit.

We CNC'd the hole panels at the Betty Brinn Children's Museum and then Kyle took those and built out the whole structure. He put it on wheels, which was a good idea, because it's heavy.

Adrian made a box with a screen on it we could easily put tons of screws into so we could paint them. That was much better that sticking them in foam.

For tools we tethered cheap drills and cordless powered screwdrivers. We also provided normal (non-powered) screwdrivers. (I'd suggest tethering the power tools unless the thing is fully staffed.)

Below is a list of materials needed from Lowes. (Not included are the wheels and misc. hardware needed for construction of the base structure.) 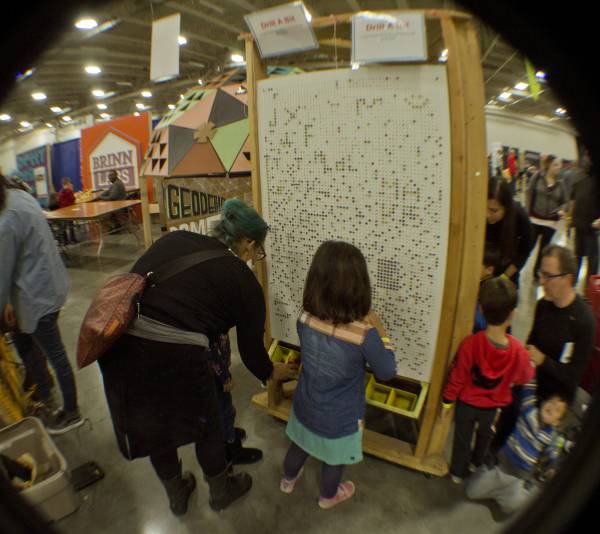 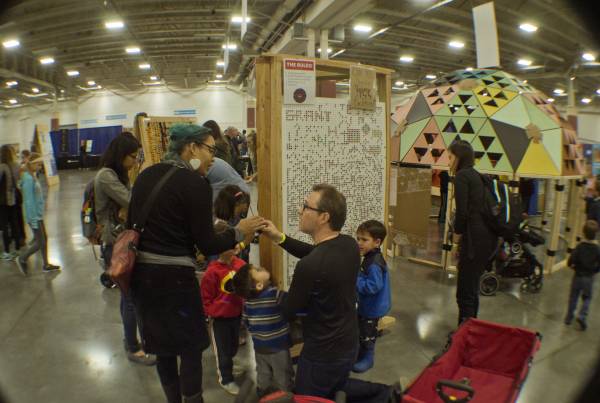 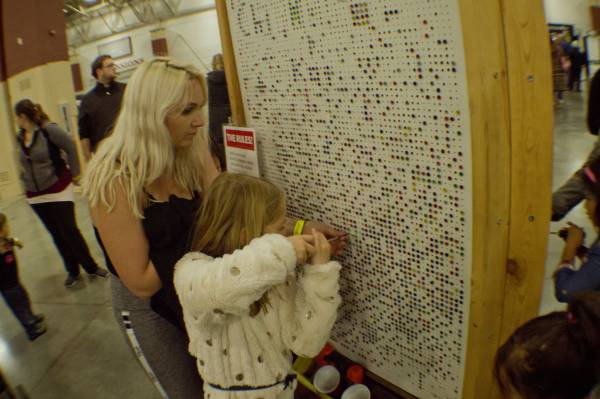 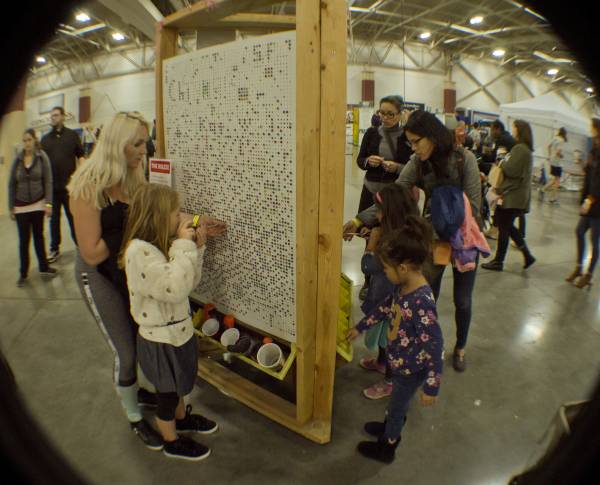 The photos below are of the Screwing Around project created by the Lansing Maker Network which was the basis of our version. 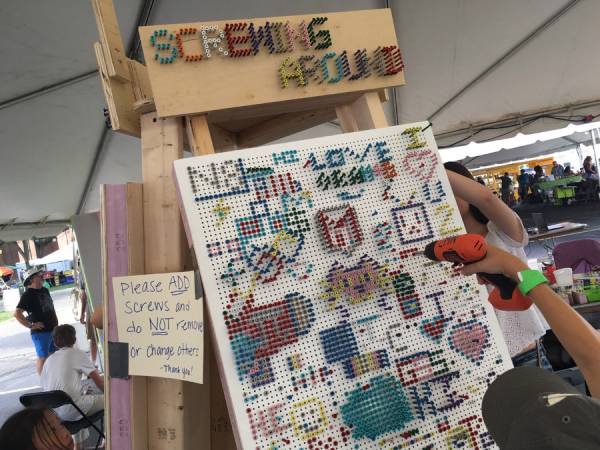 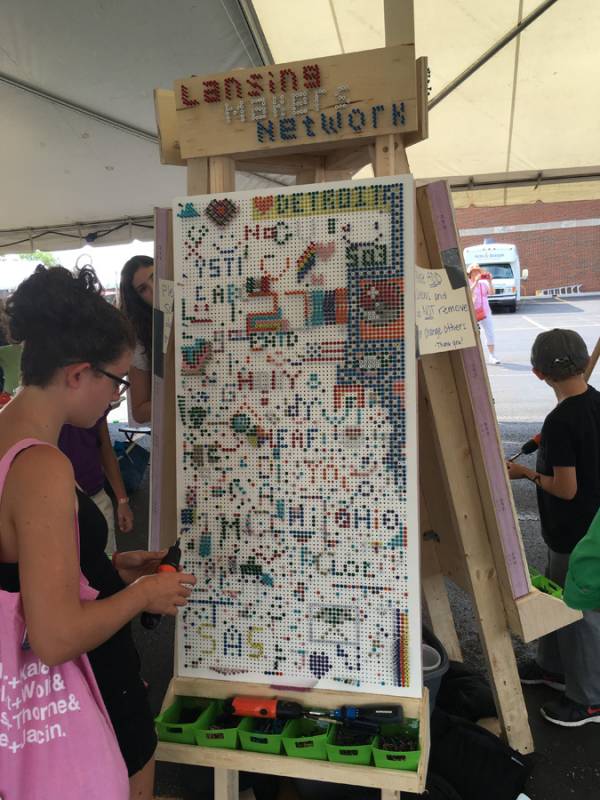 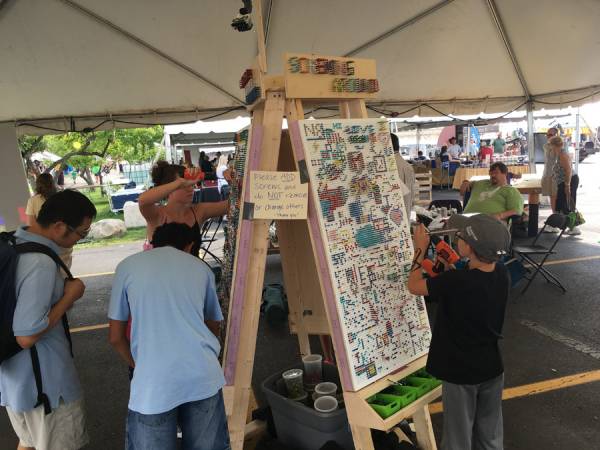 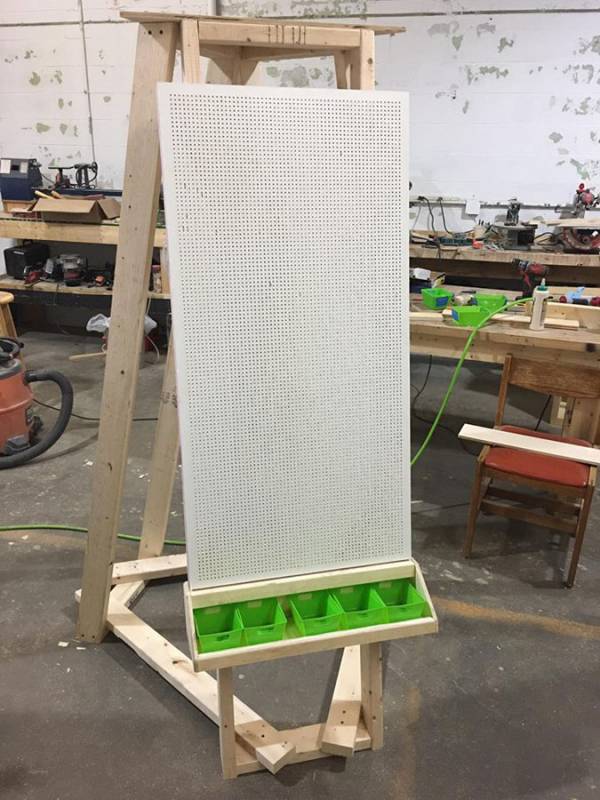 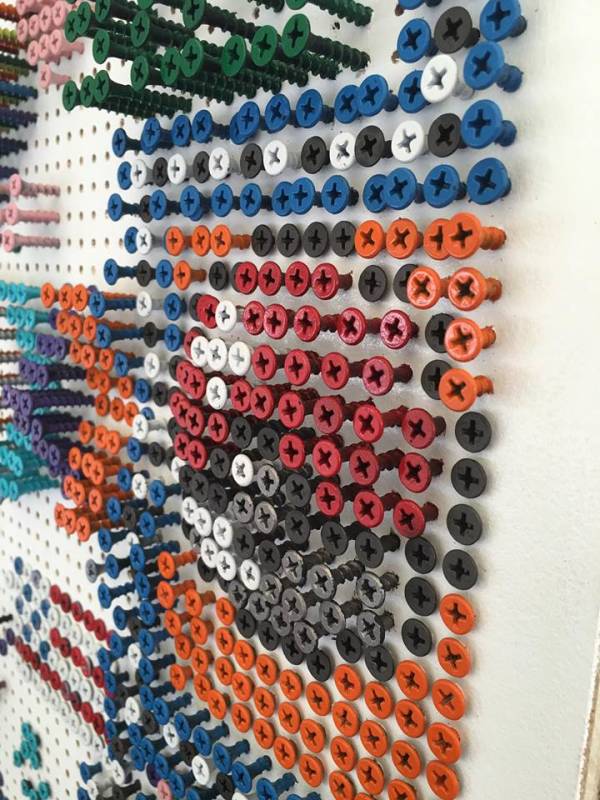 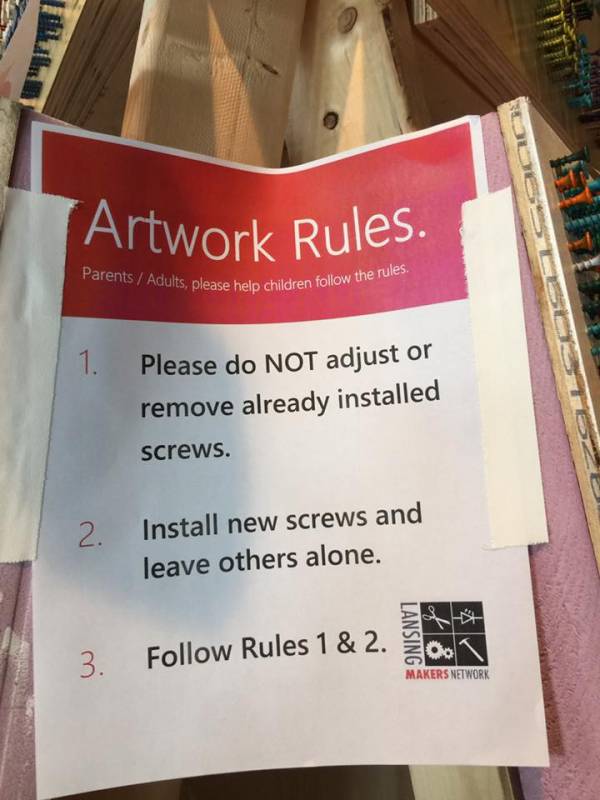 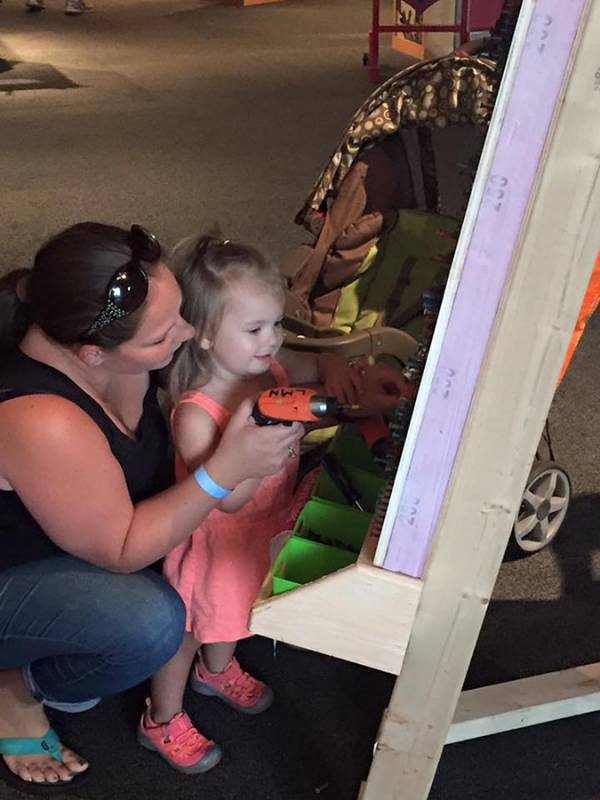