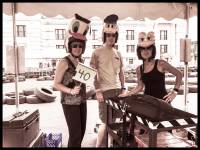 The following page will contain planning information for the Power Racing Series 2016 Season.

At each race we will need at least one team member to volunteer as a Track Marshal. If we do not, we will be fined $50.

We do not have to pay $20 per transponder at the race. At the most, give Patrick $5.00 because we are nice. (We've “rented” them about 5 times now. Also, BBCM has some we might be able to borrow.)