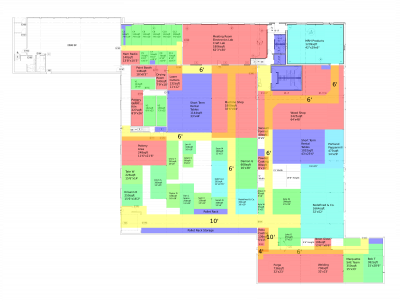 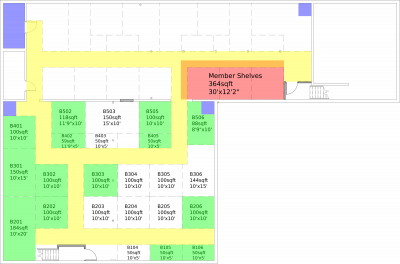 According to a real estate posting, the site was originally developed in 1945. It is not clear who owned the property or if the original buildings were demolished or they remain today.

The building was once occupied by the Dittmore-Freimuth Corp. and used to manufacture custom electronic equipment for use in airplanes and boats. In 1956 they were awarded patents for methods used to splice co-axial cables together. At one time the company designed and produced bathythermographs and hydrophones for the U.S. Navy. Photos of Ray H. Dittmore, Robert Freimuth, and other employees can be found on the St. Francis Historical Society's website.

A notice was found posted inside the outbuilding/garage dated 2/1/91. This is the last known evidence of a business being operated out of the property. At some point a private citizen took ownership of the site, but it is not clear how that person was related to the previous owners or management.

The property was donated by a private citizen to the City of St. Francis on June 30, 2013 according to meeting minutes from the City Common Council. In late 2018, a group of Milwaukee Makerspace members became aware of the property and began exploring the possibility of purchasing it from the City. Portions of a wooden roof had collapsed, storm drains were clogged, downspouts disconnected and leaking, windows broken, walls graffitied, and at least one raccoon was seen in the building. Among the abandoned rooms were relics like old panel meters, electric heating coils, a 400 Hz generator, shallow pits for electro-plating, electrical panels labeled as “DARKROOM,” “LAB,” “PRESS,” “ASSEMBLY,” and “INSPECTION.” Some parts of the building could be repaired, but others had to be torn down and rebuilt entirely.

In October 2019, Tom G. officially closed on the property and was given a ceremonial key by the City of St. Francis. Demo and renovations began shortly after and 14 months later, on December 4, 2020, the building received a new Certificate of Occupancy.