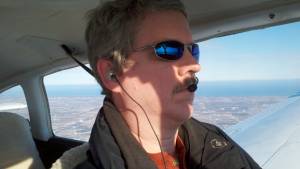 Keith joined MMS in May 2014. He works as an independent software, systems architecture and security consultant and owns Adept Technologies.

A self described “tool user,” Keith does woodwork (has a shop in his basement), has done extensive renovation on his 1920 Milwaukee bungalow (plumbing, electrics, framing, hanging drywall, insulating, finish carpentry), and tinkers around the edges of electronics (but doesn't get very far). He can occasionally be found under the hood of an automobile, but less and less in recent years.

He's a licensed private pilot with an instrument rating, high power and complex endorsements. He is planning on a commercial pilot rating in 2015. He owns N231NU, a Mooney M20K, which he uses in commuting for business. 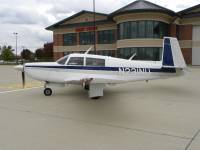 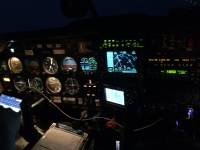 He's certified on the laser cutters, and has interest in the longer term in metal work and 3D printing. He also owns a 90 watt induction wire welder, acquired through dubious circumstances, which he's been overheard saying has ambitions to learn to use.